Difference between identity and role confusion 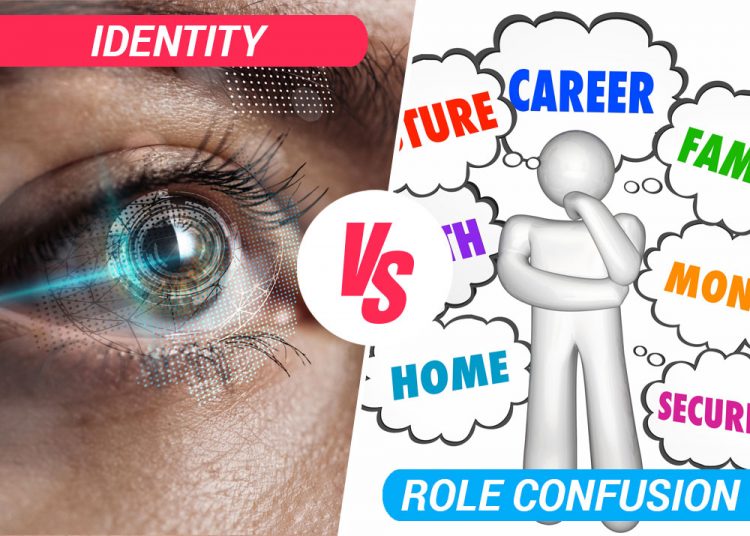 Growing up can be challenging and confusing. Early adolescence, in particular, can be especially demanding as we’re trying to find out how the world works along with our place in it.

That’s when concepts like identity and role confusion come into play. But if you’re hearing these terms for the first time, it can be tough to tell them apart.

Put simply, the difference between identity and role confusion is found within the nuances; how you think of yourself.

Identity is an awareness of what makes you you, closely examining your morals, values, and goals. The things that drive you and have shaped you – are all integral parts of developing your own unique identity.

Role confusion occurs when these things become muddied. If you have no clear sense of identity, you may find yourself questioning your place in the world. What can I contribute to society? What am I here for? What’s my purpose?

These are all questions that arise from role confusion and, left unaddressed during the formative adolescent years, can lead to problems later in life.

Identity vs Role Confusion – How are these defined?

Identity and role confusion are fundamental stages of childhood growth. According to renowned developmental psychologist Erik Erikson, they are just as important as getting your first tooth or learning to walk.

Erikson, who first popularized these concepts in the 1960s, believed that children between the ages of 12 and 18 are very introspective, questioning themselves and exploring their core identity.

At this vulnerable age, identity is shaped by many things, including:

Every teenager questions themselves in an effort to clearly define who they are amidst a sea of competing messages, needs, and desires. But whether that natural process results in establishing a strong and stable identity or gives way to confusion comes down to parenting.

Erikson believed that parents who give their kids the freedom to explore (from a young age) would result in adults that are confident in their own identity.

Parents who push, on the other hand, trying to impose their own values and beliefs on their kids run the risk of triggering role confusion.

Some examples of identity and role confusion at work

How can you tell if your troubled teen is heading for an identity crisis? There are a few key signs, according to psychologists.

A child experiencing role confusion will:

In comparison, a child engaged in healthy identity development will:

Left unresolved, role confusion can lead to a lifetime of bouncing around – from job to job, relationship to relationship – and generally drifting through life.

Erikson’s theory of psychological development is just that – a theory. It may not directly relate to your child, and/or you may not find it applicable.

Every child is different, and every parent has to adjust accordingly.

It’s also important to remember that there’s no reason to panic even if your kid is experiencing role confusion. Confusion is part of adolescence (and growing up). Teenagers are constantly figuring out their boundaries and what’s expected of them; it goes with the territory.

Some confusion is inevitable, and most grow out of it. The trick is to look for signs that it may be developing into something more permanent and damaging.

And, of course, if you’re in any doubt, talk to a professional. An experienced child therapist or family therapist can help get you back on track. Self-diagnosing any mental or developmental issues is never a good idea.

Don’t be afraid to talk to someone and get the help you and your family need. There are many free or inexpensive resources available that can point you in the right direction, such as helplines or support groups.